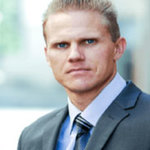 Mr. Berglund is a criminal justice attorney dedicated to handling criminal vehicular cases, including DUI and driving on a suspended license, traffic ticket violations, and criminal record expungements.  He is a member of the California DUI Lawyers Association (CDLA) and the California Public Defenders Association.  Mr. Berglund regularly attends seminars and training in order to continue to develop his knowledge of how best to defend clients charged with DUI and other traffic violations.  He was a recipient of the 2015 President's Award from CDLA for his commitment to assisting his colleagues and his zealous advocacy on behalf of clients in protecting their rights under the United States Constitution.  His goal is to make each and every client feel like they are his only client and personally returns all client phone calls and emails.  He fights tirelessly to achieve the best possible outcome for every client's case.  CONTACT Berglund Law Office, P.C. today for a free and confidential consultation.

Why Defend People Accused of DUI?

People arrested for DUI come from all socioeconomic statuses.  Most DUI's are not committed by "criminals."  Many people arrested for DUI are 1st time offenders and have never been charged with a criminal offense in their life until now.  A DUI can happen to almost anyone who drinks socially if they choose to drive following the consumption of alcohol.  Doctors, teachers, nurses, lawyers, police officers, and many other professionals have been arrested for DUI.  They are not criminals.  At worst they made a mistake.  Others were wrongly arrested in the first place.  Everyone arrested for DUI is in a difficult position.  Mr. Berglund provides zealous representation for all his clients.  He will outline a personalized approach to best defend you against the Los Angeles DUI charges.  CONTACT him today if you have been arrested for DUI.

Thank you for contacting us. We will get back to you shortly.

Please complete all required fields below.

You Are Not Alone

Facing DUI charges is an unpleasant experience. We are here for our clients through every step of the process and will make sure that you receive the best representation possible. You will always be able to reach us when you have questions about your case. You can be assured that we will fight to obtain the best possible outcome.

There is no charge for the DUI phone consultation. We want to hear everything that happened both before and after you were arrested. Attorney Robert D. Berglund will personally speak with you about your case and provide you with an honest analysis. Contact us today.